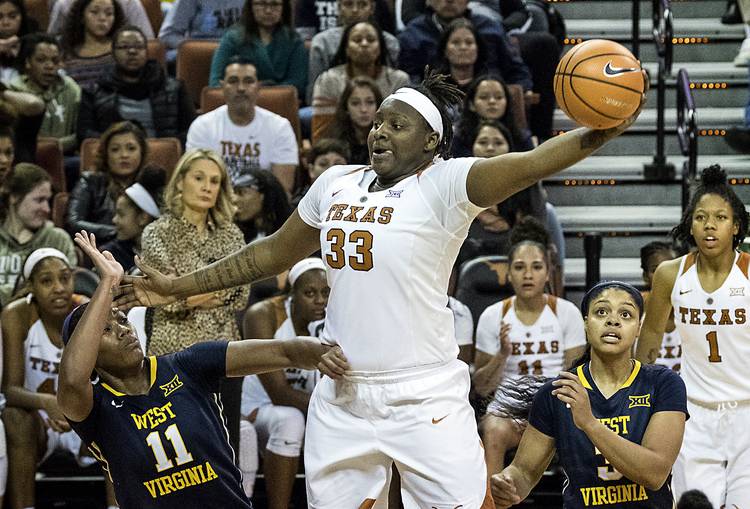 Texas Rellah Boothe said she was dealing with personal issues during her one season at UT, including lack of playing time. (AUSTIN AMERICAN-STATESMAN / For Rodolfo Gonzalez)

Rellah Boothe said “lack of playing time” is one reason she decided to leave the University of Texas basketball team and enroll at a college in her home state.

In a long note on her Twitter page, Boothe said several factors led to her departure, adding that it was her “personal choice” to transfer to Northwest Florida State College in Niceville, Fla.

Here are a few issues the 6-3 freshman was dealing with during her one season at UT:

** Her stepfather committed suicide a year before she signed with the University of Texas. She also said she “almost lost my mother twice from her personal health struggles. She also lost her “best friend” from a drive-by shooting.

** Boothe said she has had to deal with critics on social media, calling some of her detractors “ignorant” and “rude.”

“My plan was to keep my mouth shut about this situation but now it’s getting out of hand from people bashing me about my decision … to sign with a juco.”

** Boothe said coach Karen Aston gave her the opportunity to return to Texas after spending one season at a different school.

“I did not go that route because I knew once that door was closed I would never open it again,” she said.

On a lighter note, Boothe said she has high hopes for her basketball future.

“Like my teammate Destiny Littleton said, ‘everyone’s path is different.’ So DON’T think for a second that I will not make it to the WNBA because I have a plan.”

UT officials have declined to comment on Boothe’s departure.