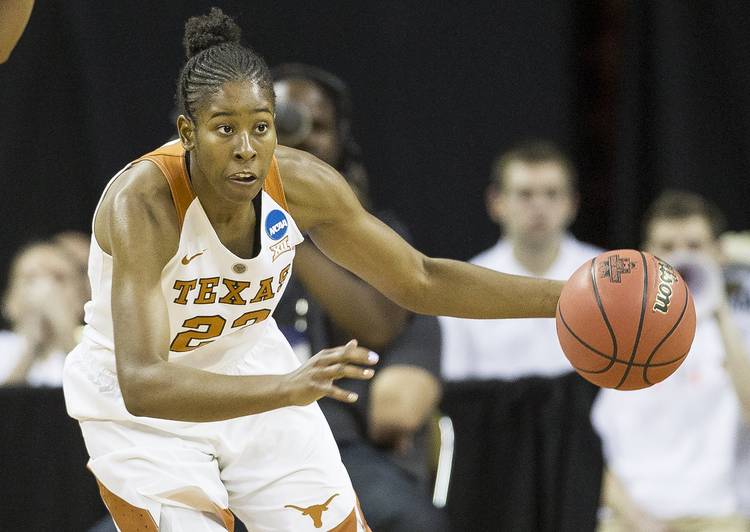 It didn’t take long for Ariel Atkins to learn of her new basketball home during the WNBA draft.

Atkins, a 5-foot-11 guard from the University of Texas, was selected by the Washington Mystics in the draft’s first round. She was the seventh pick overall Thursday night.

A combo guard who mixes perimeter scoring with the ability to drive to the basket, Atkins averaged 14.9 points per game this past season while shooting 42 percent from behind the three-point line. She also led the Longhorns with 89 steals.

Instead of attending the draft in New York City, Atkins elected to watch it with family in the Dallas area.

Texas guard Brooke McCarty, who also was expected to be chosen Thursday night, was not selected in the three-round, 36-player draft.

During their college careers, Atkins and McCarty helped lead the Longhorns to 108 victories, four NCAA Sweet 16 appearances and one NCAA Elite Eight appearance.

When Wilson was asked by ESPN about playing in Las Vegas, she said, “What happens in Sin City stays in Sin City.”

Ohio State guard Kelsey Mitchell was taken second by the Indiana Fever. Mitchell was a prolific scorer for the Buckeyes, totaling 3,402 points.

The Sky, who also had the fourth pick of the first round, then selected 5-11 small forward Gabby Williams of UConn.

Seattle, picking fifth, used its selection to take UCLA guard Jordin Canada, a third-team All-American this season. She is expected to eventually take over for WNBA legend Sue Bird, who’s 37.

Before Atkins, the last Texas player drafted by a WNBA club was Imani McGee-Stafford, who was taken by the Chicago Sky two years ago.