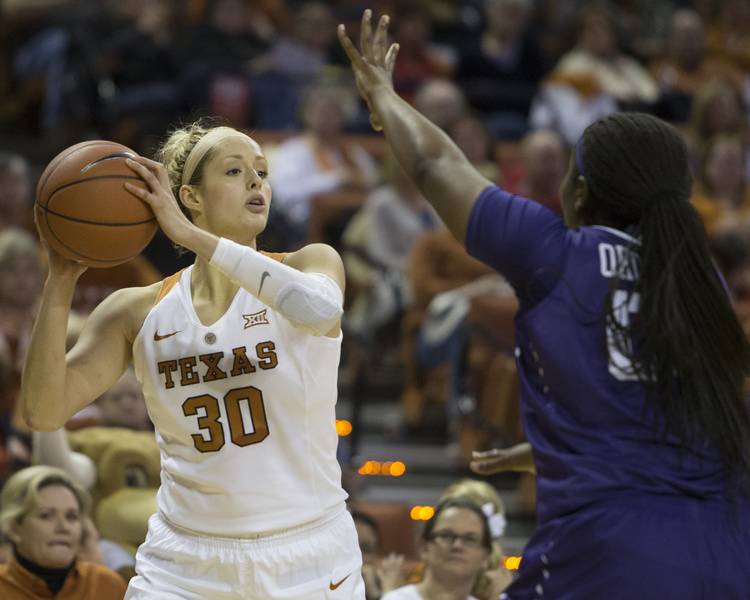 Khaléann Caron-Goudreau, a junior, has elected to pursue an MBA program opportunity at Laval University in Quebec City, Quebec, Canada. She will graduate from Texas in May.

“I appreciate the contributions Khale made to our program,” Karen Aston said Saturday. “She was one of the team’s hardest workers and was always prepared when her number was called. I wish her the best in her future.”

Caron-Goudreau will play one season for her new school.

The 6-4 forward becomes the fifth player from the 2017-18 Longhorns who will not return. She joins her sister Audrey-Ann, fellow seniors Brooke McCarty and Ariel Atkins, and freshman Rellah Boothe.

Khaléann Caron-Goudreau’s two seasons were mired with injuries. She played in 15 games as a sophomore, 18 as a junior. She averaged 2.3 points in her first season, 0.4 last season.

Texas will have four incoming freshman next season, including McDonald’s All-Americans Charli Collier and Sedona Prince.