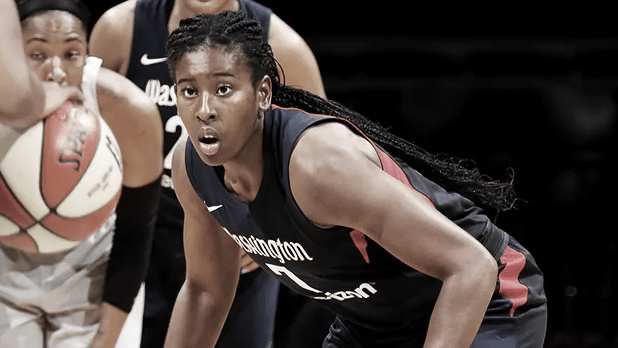 When Ariel Atkins was drafted by the Washington Mystics in April, she was expected to be a role player in her rookie season in the WNBA. Learn from the team’s vets. Provide energy when needed.

Mystics coach and general manager Mike Thibault said Atkins was not expected to be a “high-volume” player this season.

Through five games, it appears the former University of Texas shooting guard has exceeded expectations. On Tuesday, the 5-11 Atkins scored a season-high 18 points in an 81-77 loss at Seattle. It marked the third time she has scored in double figures in five games.

Some felt it was a surprise when Atkins was taken with the seventh pick of the first round of the WNBA draft. After all, she was not invited to New York with other high-profile players who would be taken. Yet Thibault praised his top pick, saying “her basketball IQ and energy level are off the charts, and I think she proved over the course of her time at Texas that she is a very dynamic and efficient player.”

Atkins had a 15-point game against Las Vegas and scored 14 in a victory over Minnesota. The Mystics are 4-1 after absorbing their first loss of the year on Tuesday.

Atkins is shooting 83.3 percent from the free throw stripe and contributes 2.4 rebounds and 1.2 steals a game.