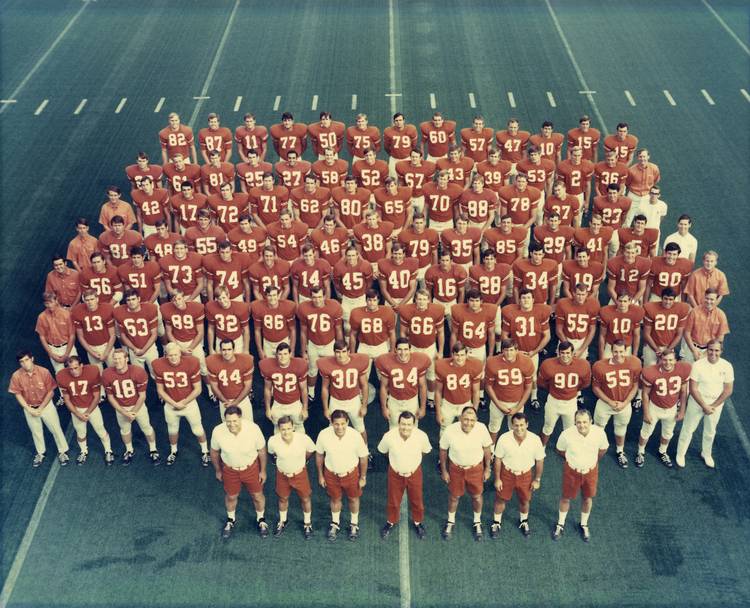 Greg Ploetz, 55, played defensive tackle for the 1969 Texas team that won the national championship. He died in 2015 from complications related to chronic traumatic encephalopathy (CTE). (University of Texas)

The NCAA has settled a lawsuit with the family of a former University of Texas football player that accused the organization of being responsible for his brain injuries and death decades after his playing career.

The lawsuit in Dallas was settled Friday after three days of trial. A court administrator confirmed the settlement but said no terms were released.

The widow of former Longhorns defensive lineman Greg Ploetz sought to hold the NCAA responsible for his health problems long after his playing career. He played at Texas from 1968 to 1971. The Longhorns won national championships in 1969 and 1970, and Ploetz was the Southwest Conference Defensive Player of the Year in 1971. He did not play professionally but graduated in 1972, earned a master’s degree and became a teacher.

Ploetz died in 2015, and Boston University researchers concluded that he had extensive brain damage from a degenerative disease known as chronic traumatic encephalopathy.

The lawsuit was seen as a potential landmark case if the jury had ruled against the NCAA. The NCAA previously agreed to give $70 million for a brain trauma trust fund to settle other lawsuits.

“The NCAA has agreed to settle the claims brought by Mrs. Ploetz,” NCAA chief legal officer Donald Remy said in a statement. “The settlement gives all parties the opportunity to resolve the case outside of a lengthy trial. The NCAA does not admit liability as part of the settlement. We will continue to defend the Association vigorously in all jurisdictions where similar unwarranted individual cases are pursued. It is our hope that other plaintiff’s lawyers recognize that this is one settlement in one case.”

Family lawyers did not immediately respond to messages seeking comment.

According the lawsuit, Ploetz suffered from serious health problems for most of his life, including memory loss, difficulty communicating and confusion. He stopped teaching in 2009. After he died, his brain was donated to Boston University’s brain injury research team, which concluded that his brain showed severe levels of CTE.

Debra Hardin-Ploetz sued for negligence and wrongful death, claiming that repetitive head trauma during his college career contributed to his health problems, and sought more than $1 million in damages.

She said Ploetz accepted the risk of broken bones while playing football but was never warned that he might suffer long-term brain damage.