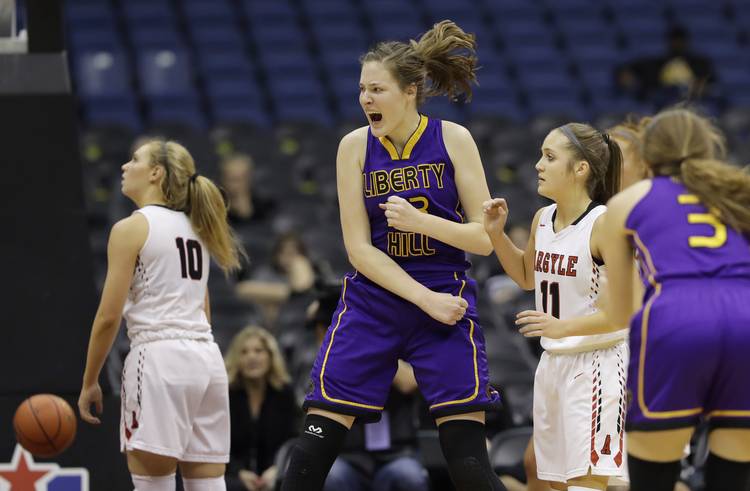 UT freshman Sedona Prince, here playing for Liberty Hill HS, expects to be back on the roster next year. (AP Photo/Eric Gay)

Texas freshman Sedona Prince will miss the season after breaking her right leg during a tournament game Friday night in Mexico City.

The 6-foot-7 center from Liberty Hill had been playing for the United States U18 team at the FIBA Americas championship. She broke her tibia and fibula during a game against Puerto Rico, her mother, Tambra Prince, said Saturday morning.

Prince will miss the upcoming season and hopes to return in time for the 2019-20 campaign. She will still have four years of eligibility with the Longhorns.

Prince was playing defense when she fell without contact in the game against Puerto Rico. She was taken to a hospital in Mexico City. Tambra Prince said her daughter will have surgery to insert a rod in her leg.

A UT statement Saturday afternoon said the procedure will take place in Austin “in the next week.”

Tambra Prince described the injury as “a clean break.”

Prince had been playing well for the USA during the first two games of the tournament, averaging 11 points and 10 rebounds in victories over Argentina and Chile.

Texas coach Karen Aston has been in contact with the Prince family. She declined to make a statement until all the facts of the case become clear.

“She will be back to full play within a year, stronger than ever,” Tambra Prince said.