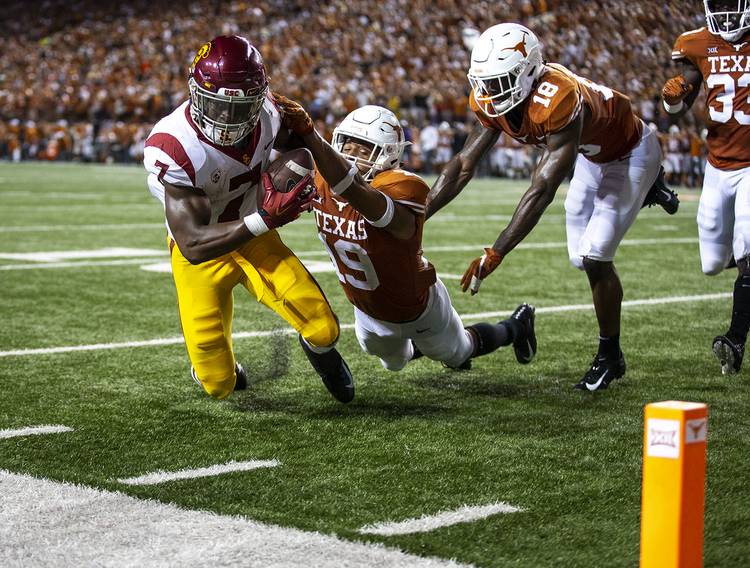 With USC facing 4th-and-goal at the Texas 1-yard line, the Texas defense stood strong, forced running back Stephen Carr out wide and safety Brandon Jones was able to push Carr out at the 2-yard line.

Watch the highlight below: