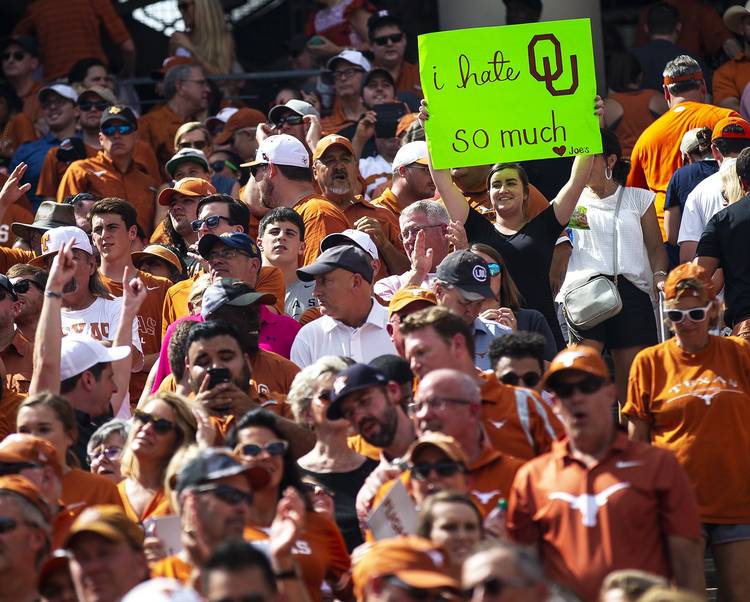 A Texas fan holds up a sign reading "I hate OU so much" during an NCAA college football game between Texas and Oklahoma at the Cotton Bowl in Dallas on Oct. 6, 2018. [NICK WAGNER/AMERICAN-STATESMAN]

Big 12 commissioner Bob Bowlsby was on the sideline for Saturday’s Texas-Oklahoma game. But as UT coach Tom Herman said, “He didn’t hand out a midseason conference championship trophy.

“There is still a lot of season left. A lot.”

We’ve reached the midway point in this season’s Whys of Texas mailbag series and want to hear from you.

Do you have a question about the Longhorns? Want to know specific things about the offense or defense? Send them our way.

Sterns & Foster: A new law firm? Or perhaps a dynamic duo in the Longhorns’ secondary?