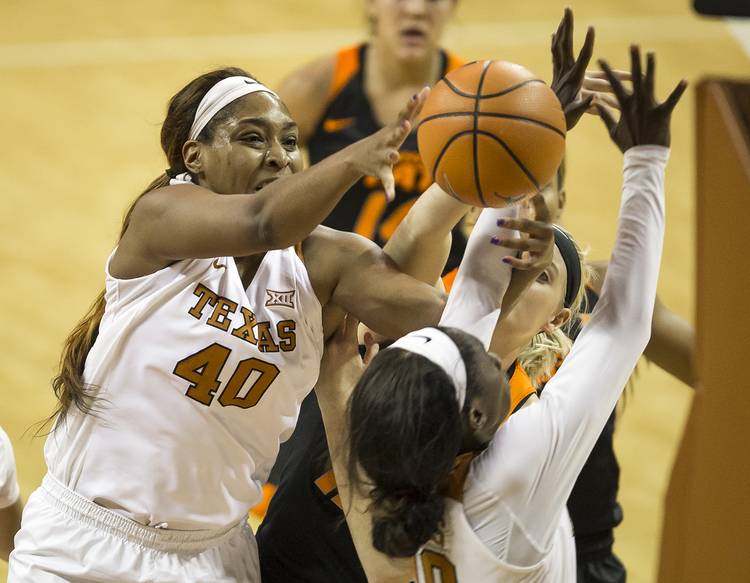 University of Texas forward Jatarie White returns to the lineup for her senior season with the Longhorns. NICK WAGNER / AMERICAN-STATESMAN

The Longhorn Network, ESPN’s 24-hour network devoted to The University of Texas, will air a dozen women’s games during the 2018-19 basketball preseason and regular season, including several conference showdowns.

The television slate starts with Texas GameDay at 6 p.m. on Oct. 17, leading into Texas Tip-Off at Gregory Gym at 6:30 p.m.

The Longhorns finished second in the Big 12 and advanced to the championship game of the Phillips 66 Big 12 Championship.

As usual, Baylor and Texas are 1-2 in preseason women’s poll