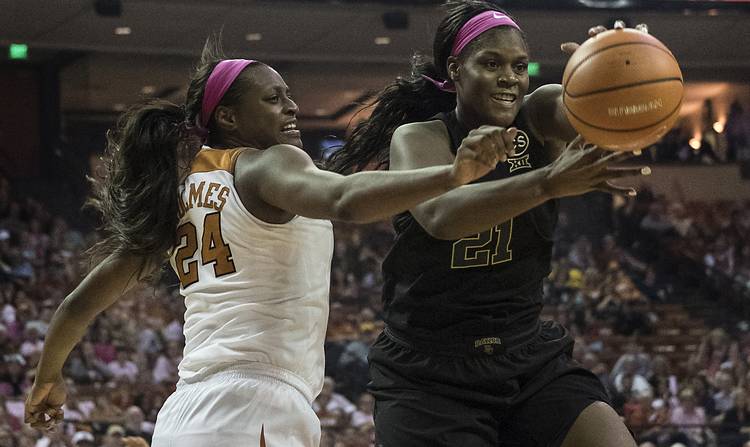 The University of Texas women’s basketball team suffered a setback this week when junior Joyner Holmes injured an ankle that will keep her sidelined indefinitely.

According to UT’s sports information department, the 6-3 forward had surgery on the ankle on Thursday. She was injured during practice on Monday. There is no timetable for her return, according to Longhorns spokesman Sean Cartell. He added it does not appear to be a season-ending injury.

Earlier this week, Holmes and teammate Lashann Higgs were named to the All-Big 12 preseason team.

Holmes was expected to be part of a frontcourt that includes returning senior Jatarie White.

Holmes, the No. 1 high school recruit in the country in 2016, was named to the Big 12 All-Conference Team as a freshman.

As a sophomore, Holmes was suspended for the first 10 games of the year because of a team violation. She would play in 25 games, averaging 6.8 points and a team-high 6 rebounds.

Texas opens the regular season Nov. 8 with a home game against Duquesne.