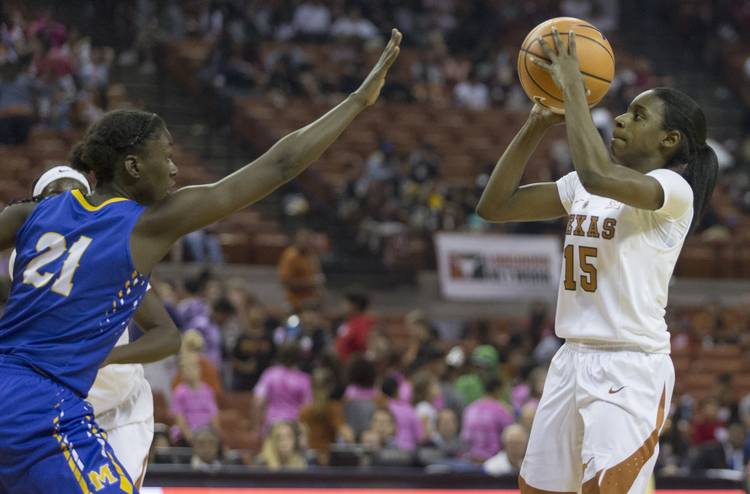 University of Texas sophomore Chasity Patterson has been granted her release and will transfer to another school, the team announced Saturday. The 5-5 guard has not chosen a new school. She played in the opener on Thursday, scoring six points in nine minutes in a 78-41 victory over Duquesne.
A graduate of North Shore High School in Houston, Patterson thanked coach Karen Aston and Texas athletic director Chris Del Conte for their support.
“Sometimes things happen in our life that we don’t understand but everything happens for a reason,” she wrote on Twitter. “After many months of prayers and thoughts with family, today I have decided the best decision for my future is to ask for my release from the basketball program.”
Patterson played sparingly as a freshman, averaging 7.6 minutes while playing in 24 games. He averaged 2.8 points and 1.2 rebounds.
Patterson was the nation’s No. 4 overall recruit and the No. 1 point guard in the class of 2017, according to the espnW Hoop Gurlz Top 100.
“We appreciate Chasity’s contributions to Texas basketball and wish her the best in her future,” Aston said in a statement.