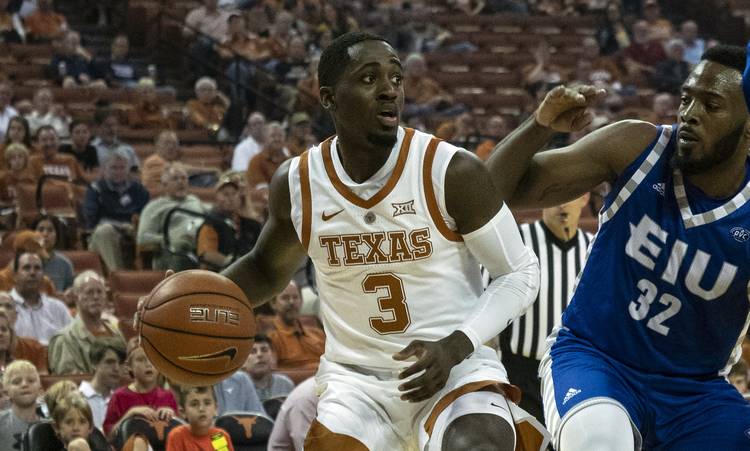 About the series: First meeting.

About the Longhorns: When things go haywire this season, coach Shaka Smart will look to his two seniors to make a play and calm things down. That means Kerwin Roach II and Dylan Osetkowski must take a leading role. “Those guys have to set the tone,” Smart said. After three games, they are the Longhorns’ leading top two leading scorers and rebounders. That’s fine against lower-level teams. But Texas needs more scoring punch from Matt Coleman III, Jericho Sims and Jase Febres. Keep an eye on Courtney Ramey. So far, he’s 8-for-13 shooting.

About the Bulldogs: The Citadel is one of the most 3-point-crazed teams you’ll find in Division I basketball. It’s been true for years, and this one is no different. Coach Duggar Baucom’s team shoots (and makes) treys with regular abandon. Against Clemson in the season opener, Citadel hit 10 3-pointers. Then, the Bulldogs made 41 combined 3-pointers in their next two games. Matt Frierson averages 12.7 3-point shots per game with Tyler Burgess trailing him at 8.7. Citadel has seven players averaging 9.3 points or more, including four at 13 or more.