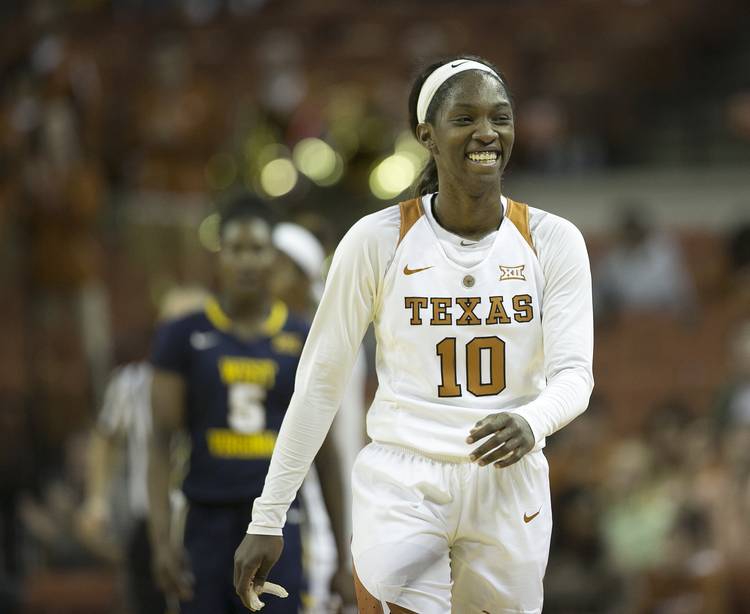 Texas's Lashann Higgs is expected to apply for a medical redshirt year after the season. DEBORAH CANNON / AMERICAN-STATESMAN

The Longhorn senior suffered a torn ACL to her right knee while driving to the hoop in the first half of a victory over Quinnipiac Friday night in Estero, Fla. It was a non-contact foul, according to Texas spokesman Sean Cartell.

Higgs will like petition the NCAA after the season to have a medical redshirt year, he said.

Higgs was named the All-Big 12 preseason team and was leading the team in scoring at the time of her injury. It’s the third major injury to prominent players in burnt orange.

Before the season 6-7 freshman Sedona Prince broke her right leg while playing an international game for the United States in Mexico City. In October returning forward Joyner Holmes had surgery on her right ankle.

Texas coach Karen Aston has said Holmes might be able to return in December. There is no timetable for Prince’s return.

The 10th-ranked Longhorns (6-0) return to the court at 11 a.m. Wednesday to play UTSA at the Erwin Center. About 7,500 schoolchildren from Austin and San Antonio between grades 4-7 will be in attendance at UT’s annual Forty Acres Field Trip game.

A graduate of Cedar Ridge High School in Round Rock, Higgs’ absence leaves question marks on who fills her spot. On Sunday freshman Audrey Warren was the starting shooting guard in a 72-54 victory over Fordham.

Ann Conradt, mother of Hall of Fame coach, dies at 97