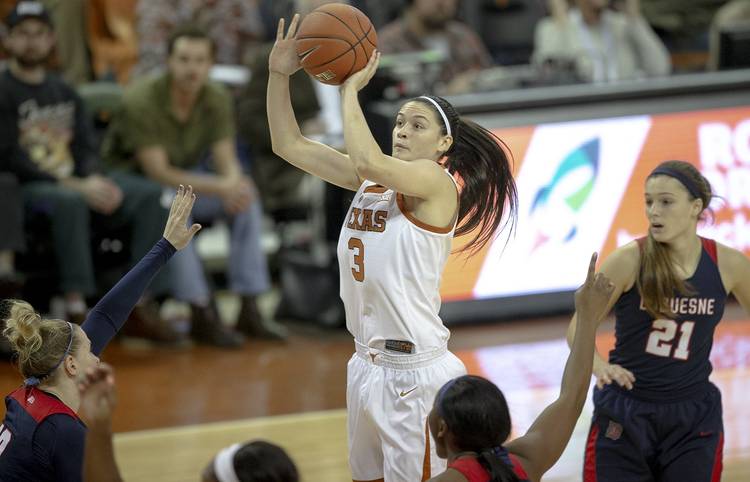 Danni Williams scored 22 points to help No. 10 Texas roll over UTSA in a non-conference women’s basketball game Wednesday at the Erwin Center.

It was a fun game for the Longhorns, who were cheered on by roughly 7,000 schoolchildren from Austin and San Antonio. Total attendance was 9,495 for the eighth annual Forty Acres Field Trip game.

Williams, the graduate transfer from Texas A&M, had her most productive game yet as a Longhorn, hitting 8 of her 12 shots, including four from behind the three-point line.

Texas (7-0) will get its first real test of the young season when it plays host to No. 6 Mississippi State at 1 p.m. Sunday.