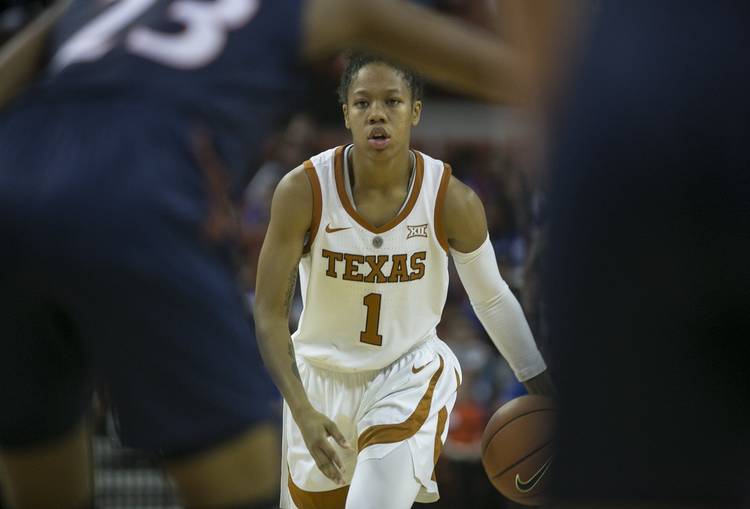 Senior guard Jazzmun Holmes scored 17 points to help lead No. 6 Mississippi State to a 67-49 victory over No. 10 Texas Sunday afternoon at the Erwin Center.

The Bulldogs also received offensive and defensive support from 6-7 senior Teaira McCowan, who finished with 13 points and 12 boards.

This marked the 44th straight victory for the Bulldogs in regular-season non-conference games.

Texas fans watching the game on Fox Sports 1 might have turned off the TV during a miserable first half. The Longhorns went scoreless during a six-minute stretch in the first and second quarters and MSU went on a 16-0 tear during that span.

Texas (7-1) was its own worst enemy, committing 14 turnovers in the first 20 minutes. While MSU took 36 shots in the first half, the fumble-prone Longhorns took a mere 18. The Horns would finish with 22 turnovers, MSU 10.

This was a disappointing performance for a team that had won its first seven games. Texas A&M transfer guard Danni Williams was scoreless until she hit a layup with eight seconds left in the third quarter.

McCowan set a new school record by pulling down the 1,109th rebound of her career early in the fourth quarter.

Up next for the Longhorns is a traditional game against Tennessee next Sunday at the Erwin Center.