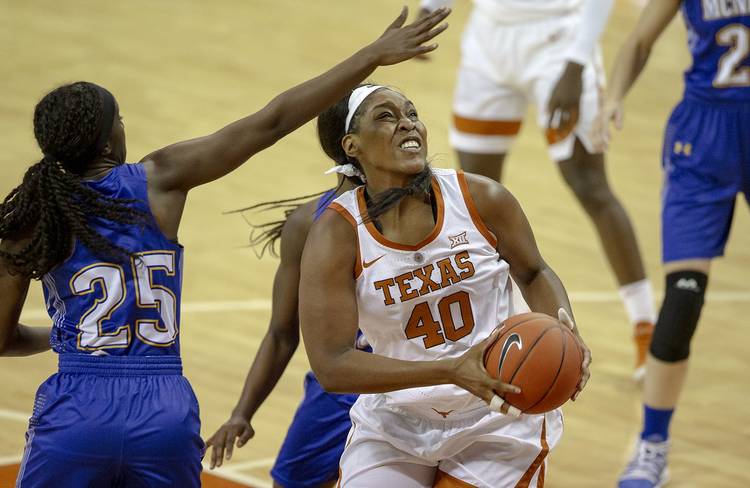 Transfer guard Danni Williams had a team-high 15 points and 8 rebounds to lift Texas to a 65-46 victory over Stetson Sunday afternoon at the Erwin Center.

The Longhorns had to overcome 25 turnovers in the victory. Freshman Charli Collier scored 13 oints and guard Destiny Littleton scored 10 points to help the Longhorns pull away in the second half.

Junior forward Joyner Holmes, who had surgery on her right ankle in October, made her first start of the season.

In arguably UT’s worst half of basketball this season, the sloppy Longhorns earned a 27-19 lead at the break.

Texas committed 12 turnovers against a slow Stetson team and shot 1-for-16 on three-pointers. The Longhorns used an 11-1 edge in offensive rebounds to convert some easy buckets.

Next up for Texas is a date with Texas-Rio Grande Valley at 7 p.m. Thursday in Edinburg. The Horns will then take a Christmas break and return to face Northwestern State in the final non-conference of the season on Dec. 29 at the Erwin Center.

Texas faces Oklahoma State in the Big 12 opener for both teams on Jan. 2 at the Erwin Center.

Women’s preview: No. 12 Texas vs. Stetson