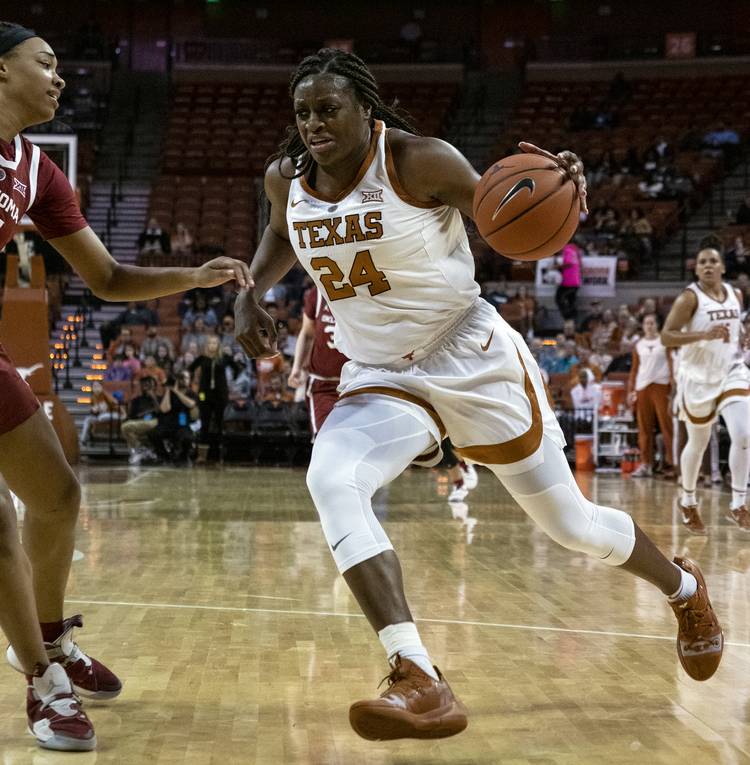 Joyner Holmes scored 17 points and Sug Sutton hit four free throws in the final 8 seconds to lift No. 11 Texas to a 73-67 victory over TCU Saturday at the Erwin Center.

Texas used a 12-2 scoring spurt in the last six minutes of the second quarter to take a 33-26 lead at halftime. The Horns opened the third quarter with a 7-0 run.

Freshman Charli Collier had one of the better halves of her young career, scoring 9 points to go along with 3 rebounds in the half.

Texas improved its series record over TCU to 42-3.

NICE AWARD: Before the game Sutton was awarded the Judy Dunn Award during a ceremony at midcourt. The honors goes to a player who aspires to teach, coach and make a difference in the lives of young people.

The award is named for Dunn, who recorded 500 victories during her career as a high school coach, mainly at Colony High

UP NEXT: Texas returns to Big 12 action with a home game at 7 p.m. Wednesday against Kansas. It will be shown on the Longhorn Network.