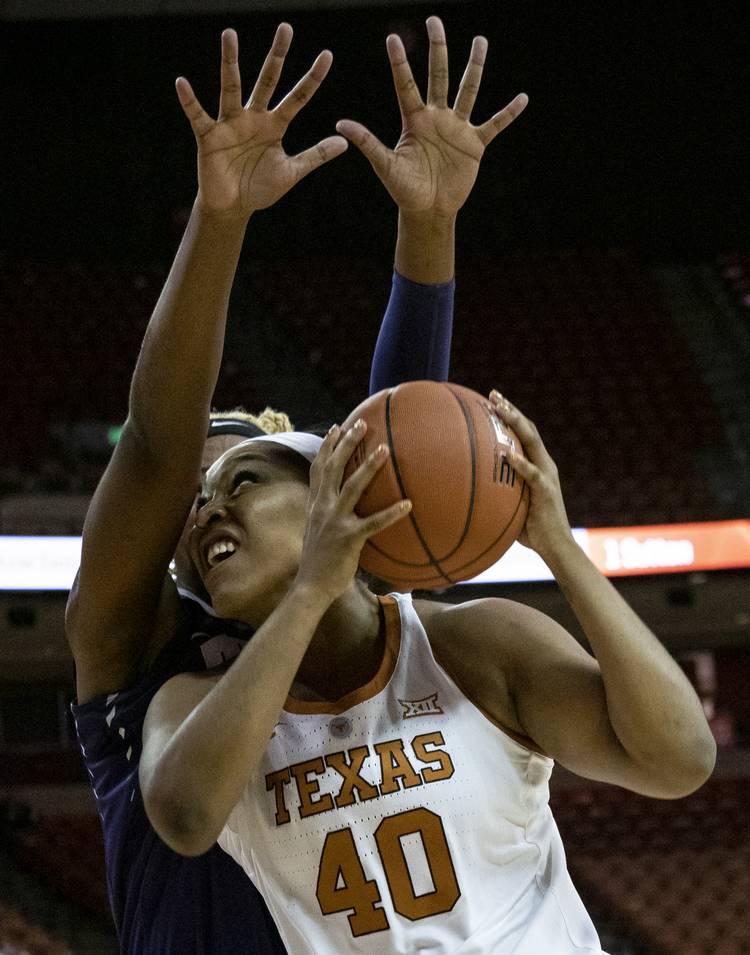 That is the University of Texas basketball team’s motto in the post-season, and that was the case on Saturday.

Danni Williams scored 20 points and Sug Sutton led a second-half surge to carry Texas to a 66-64 victory over TCU in a Big12 Tournament quarterfinal at Chesapeake Arena.

Texas trailed by as many as six points in the fourth quarter. But Sutton, who scored 14 of her 16 points in the second half, proved critical in the final moments.

Williams was hot early, scoring 11 points in the first half to help give the Longhorns a 30-28 lead at halftime. Last week, the senior from Clovis, N.M., had just two points in a victory over TCU in Fort Worth.

In ESPN’s latest projected brackets for the NCAA Tournament, Texas is listed as a No. 7 seed and will play No. 10 Buffalo in the Iowa City regional. Host Iowa and Iowa and Virginia Commonwealth or the Atlantic 10 representative are the other two teams in that field.

On Saturday Iowa State extended its own NCAA record with a 3-pointer in its 766th straight game. It’s a span that began Feb. 18, 1995.

This marks Iowa State’s first trip to the tournament semis since 2013.