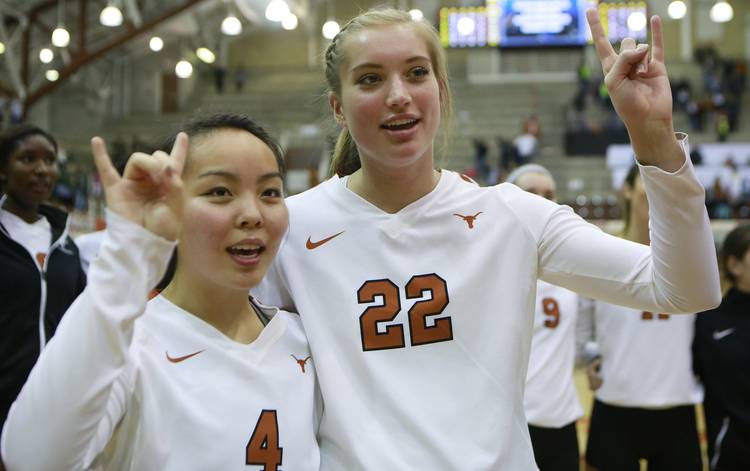 In an Instagram post, Texas junior Blair Westerlund announced on Friday that she was stepping away from the game of volleyball.

Westerlund has battled knee problems since she was injured while warming up for a match in the 2016 NCAA tournament. She said that after a second knee injury, “it has become clear that I have to put my health first.”

With a heavy heart, I am announcing my medical retirement from volleyball. I have fought tirelessly to stay in the game, but God has a different plan for me. After my second knee surgery, it has become clear that I have to put my health first. This game has brought me countless relationships & life lessons that I will cherish for a lifetime. My college career was nothing like I expected, but it forced me to be brave & to be strong. If you are dealing with an injury; remember that your sport does not define who you are. You are not alone & you are not forgotten. You are VALUED. Thank you for all the love & support throughout this journey. Hook em!

Westerlund won a state title at nearby Brentwood Christian as a senior in high school. The daughter of former UT football player Jack Westerlund and a fourth-generation Longhorn, Westerlund appeared in two matches as a freshman. She did not play during the 2017 and 2018 seasons.

“Blair has been a big part of this program and we are sorry she will no longer be able to participate,” Texas coach Jerritt Elliott said in a statement. “She has been the ultimate team player and represented the University of Texas in this highest manner. We will continue to take care of Blair, and she is forever part of our Longhorn family.”

Future Longhorns making some noise in the UIL’s softball playoffs