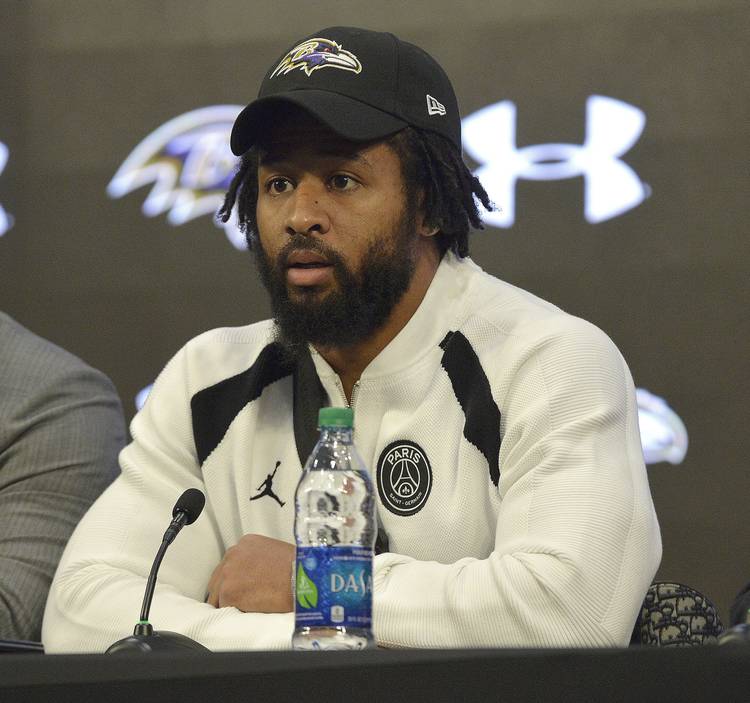 It took a hug and an affirmation of love, but Tony Jefferson joked last week that the Ravens now get “the lighter side” of Earl Thomas. It’s still unclear what that side looks like. In practices and in news conferences, the safety has been no-nonsense, by the book, almost as restrained as he was explosive over nearly a decade in the Seattle Seahawks’ secondary.

When coach John Harbaugh said Thursday that the former Texas star “has never looked ‘comfortable’ ” during offseason workouts, it was not a critique of the team’s biggest offseason addition. It was an acknowledgment of a home and career recently turned upside down, of the “determined” mindset that Thomas wears like a badge of honor.

“Obviously, when you come into a different scenery on the opposite coast, it’s not always easy,” Jefferson said. “He’s Earl. That’s how he is. We’re not here to change anybody. You are who you are, and we’re glad we have him.”

This is who Thomas is: a former first-round draft pick, a Super Bowl champion, a five-time All-Pro selection. He is, according to quarterback and locker room neighbor Lamar Jackson, a future Pro Football Hall of Fame selection. He’s “a dog,” cornerbacks Brandon Carr and Jimmy Smith said. He “has been one of the best in the game for a very long time,” Jefferson said, “which he still is.”

He’s also 30, and coming off his second broken leg in three seasons, and playing in a defense fundamentally different from the “Legion of Boom”-era unit he patrolled with such flair for the Seahawks.

“This defense is very complex compared to what we were doing in Seattle,” Thomas said. “We were just running Cover 3 [zone] all the time. But now, we’re making calls on the fly. That’s the biggest part. That’s the biggest adjustment for me. But just being around these guys, that brings it all in. They’re helping me. That’s what brothers do.”

He has his good days and bad days. In a Week 4 game against the Arizona Cardinals last season, Thomas broke a bone in his left leg, ending his season. Two years earlier, a broken tibia had led him to consider retiring from the NFL. After a messy, public divorce from Seattle, he was resigned to signing a short-term deal with the Kansas City Chiefs this offseason. Then the Ravens offered a four-year, $55 million contract.

He felt good last week, unbothered by the broken leg. Felt so good, in fact, that after the last practice of mandatory minicamp, it was as if “you never want to get off the field,” he said.

The Ravens want Thomas to be a ready-made replacement for Eric Weddle, if not an improvement altogether. Both parties know it will take some time. After two seasons next to Weddle, Jefferson had grasped when the safety tandem could flip presnap responsibilities on the fly. Sometimes it didn’t even require a signal.

Defensive coordinator Don “Wink” Martindale’s read-and-react system has demanded much the same from Thomas, who was frank in acknowledging that he hadn’t found much pleasure in sinking his teeth into the defense’s nuances. But he believes the work will pay off, as it did last season for the Ravens’ top-ranked defense, and Martindale said that “you’re starting to see him more and more get comfortable in the system and make plays.”

“He looks like he understands the defense,” Harbaugh said. “He looks crisp and sharp. He has been moving really well. He looks really good to me. I’m really excited about him _ him and Tony back there together. The whole secondary looks good.”

Last week’s minicamp was light on highlights for Thomas, as it was for many of the big names on the Ravens defense. His limited repetitions surely had something to do with that. So, too, did the reluctance of the team’s quarterbacks to look downfield in seven-on-seven and 11-on-11 action.

But if he’s misjudged a play, someone has let him know, Thomas said. He’s not so intense that he can’t take a pointer from a veteran or a coach. He’s determined to get comfortable.

“In the locker room, guys … they’re starting to understand me, and vice versa,” Thomas said. “These are my type of guys. This is the locker room that I want to be a part of.”