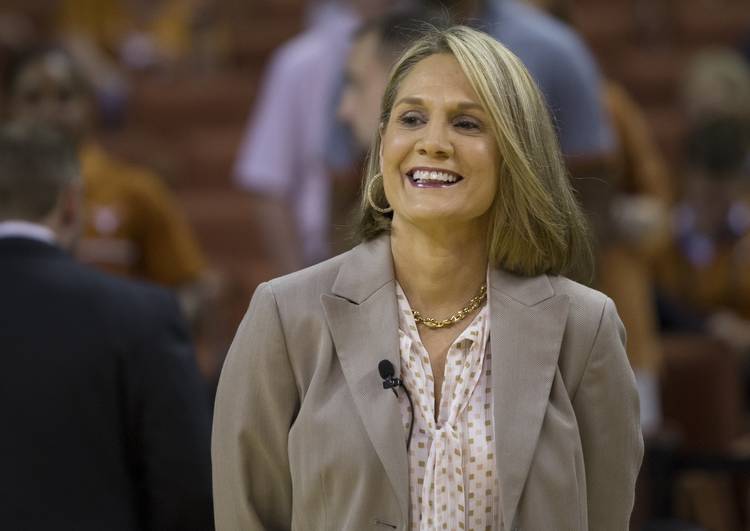 Texas head coach Karen Aston has been with the Longhorns six years. (Stephen Spillman / for AMERICAN-STATESMAN)

Esmery Martinez, the No. 13 forward in the class of 2019, has signed to play basketball for the University of Texas, coach Karen Aston announced Monday.

A 6-foot-2 forward from Hato Mayor del Rey in the Dominican Republic, she will be eligible to play this year. Martinez played high school basketball at Hamilton Heights Christian Academy in Chattanooga, Tenn.

During her prep career at Hamilton Heights, Martinez averaged 18.3 points, 14.3 rebounds and 5.9 blocks per game.

“I am thrilled to welcome Esmery to Texas,” Aston said. “From the minute she walked on campus, we knew that she was a perfect fit for our program. She has a drive to be great that will be contagious for all of us. We are excited to see her blossom as a player and as a young woman. She will represent the Burnt Orange well.”

Martinez led her Hamilton Heights team to a runner-up finish at the 2018 Geico High School Nationals Tournament as a junior – a year in which she averaged nine rebounds per game. She was named to the all-tournament team after recording 17 points and eight rebounds in a semifinal win against Florida Class 8A Champion Winter Park.

“I want to thank Coach Aston and Texas for recruiting me,” Martinez said. ” Coach Aston made my decision easy and I felt right at home during my visit. Now I’m ready to take care of business and let my actions do the talking.”

Martinez has represented her country as part of the Dominican Republic’s Junior National Team. In the 2018 FIBA Caribbean Women’s Championship, Martinez averaged 8.8 points per game and 5.3 rebounds per game, helping her country to the silver medal. Additionally, she was tabbed the girls’ overall camp MVP of the Basketball Without Borders Americas in 2017.