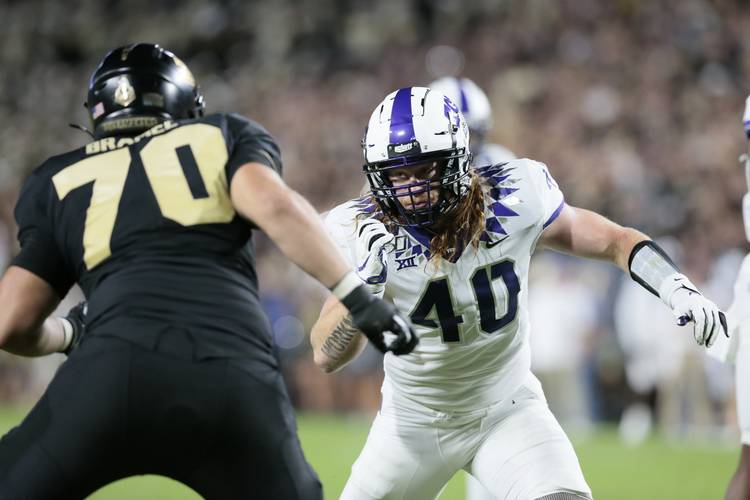 Lincoln Riley continues to toy with defenses no matter who starts at quarterback. Alabama transfer Jalen Hurts has accounted for more touchdowns (13) than incompletions (12) through three games. The defense looks mildly improved, which could be enough for Oklahoma to run the table.

Texas is the best one-loss team in the nation through three weeks as quarterback Sam Ehlinger continues to assault opponents with his right arm. The Big 12 feels like a collision course between Texas and Oklahoma, again. Texas starts Big 12 play on Saturday.

The Horned Frogs jump to the third spot after a stellar performance in a win over Purdue. Freshman quarterback Max Duggan appeared to take the offensive reigns, while running backs Darius Anderson and Sewo Olonilua form a strong 1-2 punch out of the backfield. TCU’s defense kept Ronald Moore under wraps.

A poor first half performance against Tulsa moves Oklahoma State back to the fourth spot. The Cowboys can make a statement on Saturday with a trip to Austin. Quarterback Spencer Sanders is a budding star. Running back Chuba Hubbard is a potential All-Big 12 performer.

Baylor was off last week. A trip to Rice awaits.

The first major win after Bill Snyder came last Saturday when Kansas State dropped Mississippi State on the road. It was a big win for the Wildcats, and a statement by the Big 12. The recipe for success remains the same in Manhattan despite the new regime: A strong running game and a stout defense.

Is Iowa State average? The Cyclones entered the season as a dark horse to win the Big 12. Through two weeks, Matt Campbell’s program holds an overtime victory over Northern Iowa and a loss to rival Iowa at home. This doesn’t look like the third-best team in the conference.

A win over N.C. State was exactly what West Virginia needed after starting the season by escaping James Madison and then falling to Missouri by 31 points. Oklahoma transfer quarter Austin Kendall is no Will Grier.

Les Miles took his Jayhawks to Boston College and won a game despite entering it as a three-touchdown underdog. Is this Kansas anymore, Toto? Probably, but Big 12 teams won’t get to use Kansas as an off week anymore if the trajectory continues tracking upward.

Texas Tech scored 14 points in a loss to a team coached by Kevin Sumlin. That’s all I need to type. Every other team in the conference that played last week recorded a win, so the Red Raiders fall to the basement.

Texas heads into the final week of non-conference play with a firm grip on its No. 3 ranking