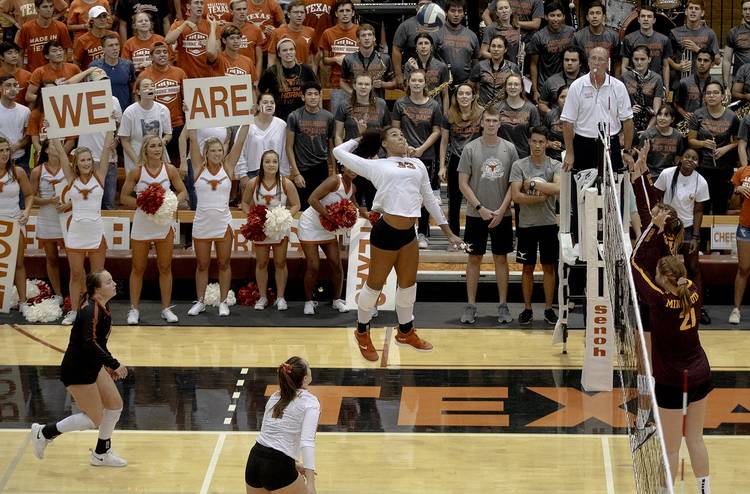 On Monday, Texas returned to its top-five standing among the nation’s volleyball teams.

The AVCA opened its week with the announcement that Texas had been voted into the No. 4 slot in its national poll. The Longhorns, who have been ranked as high as third this season, were listed sixth in the AVCA’s last two polls. Texas swept TCU in its only match last week and was aided by the losses suffered by Nebraska and Penn State teams that were ranked second and fifth.

Baylor (13-0; 3-0 Big 12) remained atop the AVCA poll for the second straight week. Baylor and Texas were the only Big 12 teams ranked by the AVCA.

UPDATE (Monday at 7:00 p.m.): Baylor and Texas earned the first and second spots in the NCAA’s first RPI rankings of the season.

Longhorn Confidential: Texas-OU: Who’s got the edge, who will emerge as a Heisman candidate?