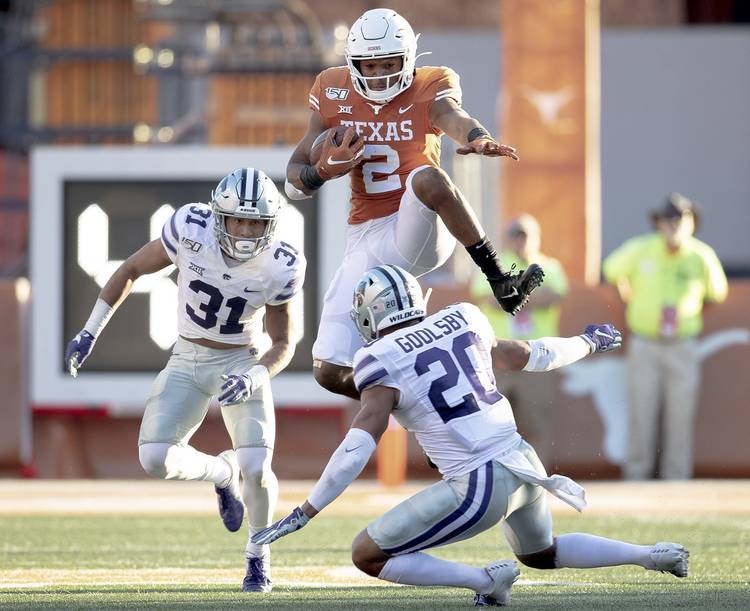 Kirk Bohls released this week’s nine things and one crazy prediction. A couple were dedicated to the Longhorns at the Alamo Bowl. Here are Kirk’s takes on those items:

On the future of Texas coach Craig Naivar:

I’d keep safeties coach Craig Naivar on staff if I were Tom Herman. Heck, put him in charge of the defensive line where he has coached before. As interim defensive coordinator, he moved Joe Ossai to end as the elite pass rusher many of us pushed for a long time (and Chris Adimora at nickel back). Ossai was the best player on the field at the Alamodome and may be preseason Big 12 defensive player of the year. His misuse was the biggest indictment of Todd Orlando.

Advertisement
On keeping Texas playmakers on the field:

Big props for D’Shawn Jamison, who electrified the crowd and his own team with his 71-yard punt return. If I’m new offensive coordinator Mike Yurcich, I’d leave Roschon Johnson at tailback but use him liberally as a Wildcat quarterback. Get your playmakers on the field.

On Texas’ effort in the Alamo Bowl

Still impressed by Texas’ domination of Utah in the Alamo Bowl. This was so much more emphatic than the Sugar Bowl win because every Utah player and coach I talked to swore they were highly motivated, and the Longhorns just took them apart. This Texas team could play with LSU right now. I didn’t buy it when Utah quarterback Tyler Huntley said after the game that his team treated the game “more like a vacation.”

For the rest of Kirk’s 9 Things, including his thoughts on Baylor’s Matt Rhule leaving for the NFL and the NFL playoffs, click here.

Cory Redding to be enshrined at Cotton Bowl Hall of Fame