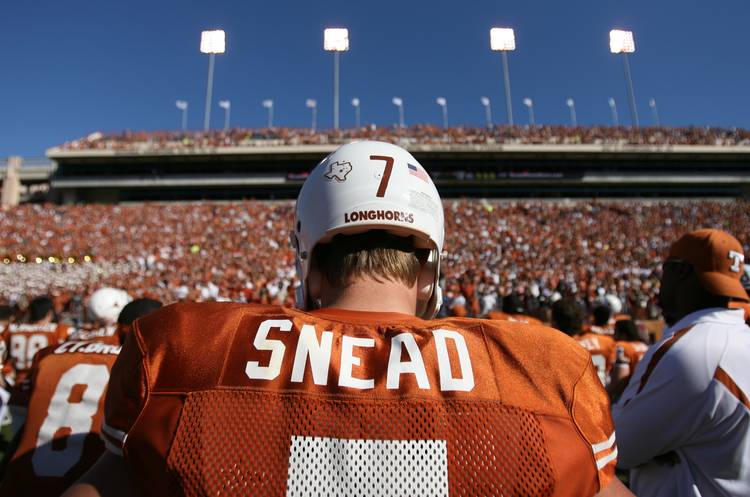 Jevan Snead and the Longhorns feel the pain of a 12-7 loss to Texas A&M in 2006. [Jay Janner/AMERICAN-STATESMAN]

Nearly a decade after the peak of Jevan Snead’s football career, his family and close friends believe the sport he so dearly loved unraveled him. By his early 30s, he fought symptoms of dementia, struggled with depression and could scantly recall mundane details of the previous day or even the thrill of bygone victories.

Snead’s post-football descent deepens questions about the dangers of a beloved American pastime and what experts say routine head trauma does to the brains of young players weekend after weekend during football season. It has put the issue of chronic traumatic encephalopathy, known as CTE, on center stage for Snead’s loved ones, who have now devoted themselves to educating parents and youths about the dangers and the need for top-line safety gear.

Snead himself was so certain that he suffered from CTE that he instructed his family to donate his brain to medical research after his death. | READ THE FULL STORY HERE