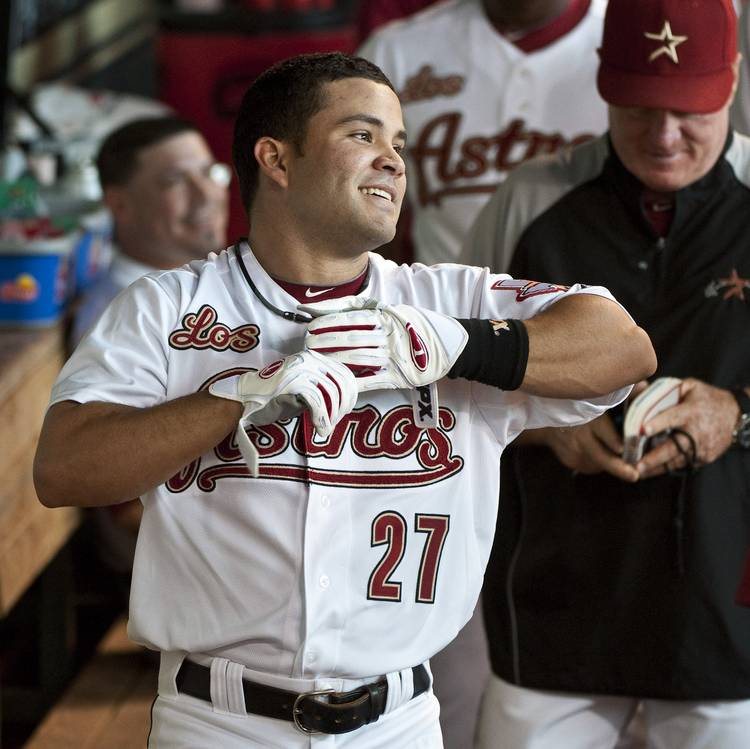 ORG XMIT: TXDE103 Houston Astros' Jose Altuve smiles in the dugout after his inside-the-park home run during the first inning of a baseball game against the San Francisco Giants, Saturday, Aug. 20, 2011, in Houston. (AP Photo/Dave Einsel)

In Episode 180 of the On Second Thought podcast, MLB.com columnist Richard Justice tells hosts Cedric Golden and Kirk Bohls why there’s a 60 percent chance we will see Major League baseball soon. He also dishes on the labor negotiations between owners and players and the PR problems that still plague the Houston Astros after their much-documented sign-stealing scandal.