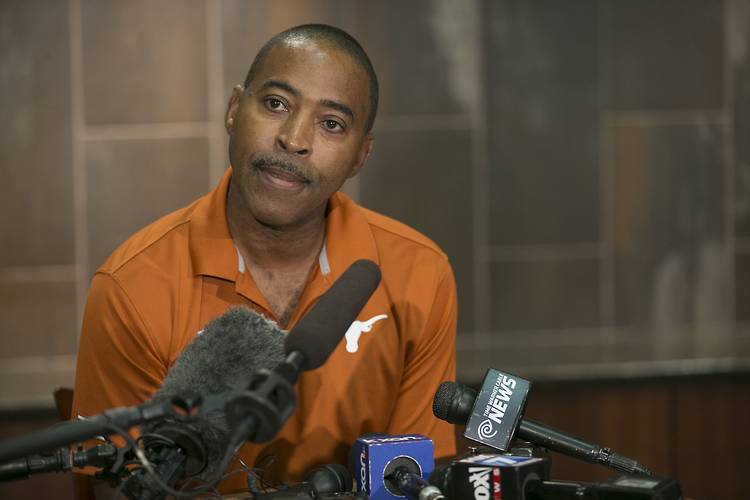 Texas defensive coordinator Vance Bedford has admitted to getting some unpleasant phone calls from administrators after trying to pump up ticket sales.

But he provided spot-on analysis about the projected attendance for Sunday’s game against No. 10 Notre Dame.

Sunday’s season opener is expected to be the first time in the Charlie Strong era that more than 100,000 fans jam Royal-Memorial Stadium. Tickets are range anywhere from $195 to $2,800 on Stubhub.

“This is Notre Dame and Texas, two of the top programs in the history of college football,” Bedford said Wednesday. “I think it’s going to be a sellout crowd. One thing I’m going to ask our fans to do is not sell their ticket to Notre Dame. It’s the hottest ticket out there.

“I know they can make a lot of money, but this is Texas. It’s oil. It’s cattle. So why would you sell your tickets? Go out and sell a cow. And you can make the same amount of money.

Bedford continued, “I’m good to go, so let’s not let the Irish come in here and have fans in here. Let’s have burnt orange all over the place.”

As for the Longhorns themselves, Bedford said the team is energized and ready to prove themselves after a “horrible” year in 2015. Bedford’s unit allowed 30.3 points and 452.6 yards per game, two of the highest totals in school history.

“The attitude of the team right now with offense, defense and special teams is something we didn’t have last year, in my opinion,” Bedford said. “Guys are focused. They’re ready to go. They’re ready to prove that last year was a fluke.”

Malik Jefferson to remain at inside post for Texas