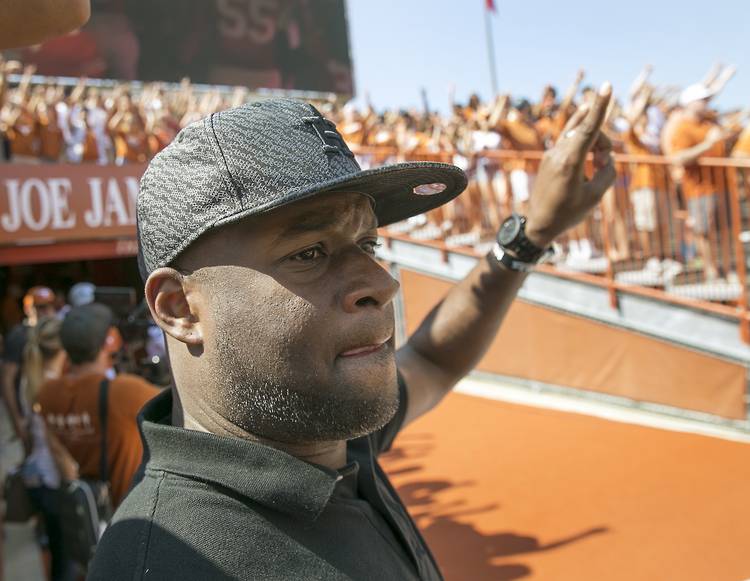 Two years after after he played his last NFL game, quarterback Vince Young sent former Tennessee Titans coach Jeff Fisher a letter of apology for his role in the breakdown of their relationship.

Problem was, Fisher wasn’t sure the letter actually came from VY because his name was spelled incorrectly.

“The letter came from the University of Texas, and I had no way of knowing if it was (really) from him,” Fisher told PaulKuharsky.com. “It came from the athletic department. But my name was spelled incorrectly.”

Sure, Vince should have run the letter by an editor before he sent it but nothing was stopping Fisher from reaching out to his former draft pick or the school to verify its authenticity. Sending that letter was an act of of contrition, but one that came after Young blew through $35 million in career earnings with his best days — a history making college career, an AFC rookie of the year award and two Pro Bowls — well behind him.

He also ripped Fisher in a Sports Illustrated piece last summer while attempting what ended up being an unsuccessful comeback attempt in the CFL. Young, who CBS Sports inexplicably named the biggest NFL quarterback bust in the BCS era, went 30-17 with Fisher over five seasons at Tennessee with 42 touchdowns and 42 interceptions, along with 1,380 yards rushing and 12 touchdowns.

Want a perfect ending to this saga? How about Fisher, the most overrated head coach in NFL history, sending Young a letter of apology for not throwing his full support behind the rookie because he resented then-Titans owner Bud Adams for drafting Young in 2006 instead of USC’s Matt Leinart?

Coach Karen Aston has turned this program into a good one, but not an elite one. She has built something nice here but Texas has yet to win a conference title or advance to a Final Four. She’s close, but the program hasn’t broken through to join the ranks of teams that have won national titles and/or made it to Final Fours like UConn, Maryland, Tennessee, Louisville, Baylor, South Carolina, Stanford, Notre Dame and Mississippi State.

Her mission is to make sure the program hasn’t hit its ceiling with her two most impactful players — guards Ariel Atkins and Brooke McCarty — leaving after posting an impressive 108-32 record over their four years.

Texas should have taken out Sweet 16 opponent UCLA, but Atkins and McCarty uncharacteristically played the first half with jitters normally reserved for freshmen. Lashann Higgs, a terror when she is in the right place mentally, was a total no-show. Worse yet, the Horns turned it over three times in the last 30 seconds of the first half and UCLA converted those miscues into eight points. That doesn’t happen to elite teams. UCLA turned 21 UT turnovers into 31 points.

Aston, a defensive coach by trade, must get better on that end of the court if Texas is to take that next step. Too often this season, opposing guards like Baylor’s Kristy Wallace and UCLA’s Jordin Canada were allowed to operate in relative comfort without having to worry about double teams or schemes designed to get the ball out of their hands.

Texas paid dearly in those games.

With high-profile high school stars like Charli Collier and Sedona Prince on the way, Texas will be good again but the Horns let a great chance slip away with arguably the deepest backcourt in the country. We’ll see if Aston can build upon what she and those two guards put together over the last four years: A really good program that’s not yet elite.

For the rest of Cedric’s Nuggets, including his thoughts on the Final Four and Colin Kaepernick, click here.